Whether it’s acne or eczema, treating troubled skin can feel like a battleground. There are a thousand things one can try, from over the counter creams and face washes, to prescription ointments and even pills. For some, there will be success with these methods – for others, however, the quest for clear and healthy skin can be ongoing and frustrating.
Fortunately, for those who have exhausted all conventional methods, or for those who desire a plant-based natural solution, cannabis may be your skin care answer. 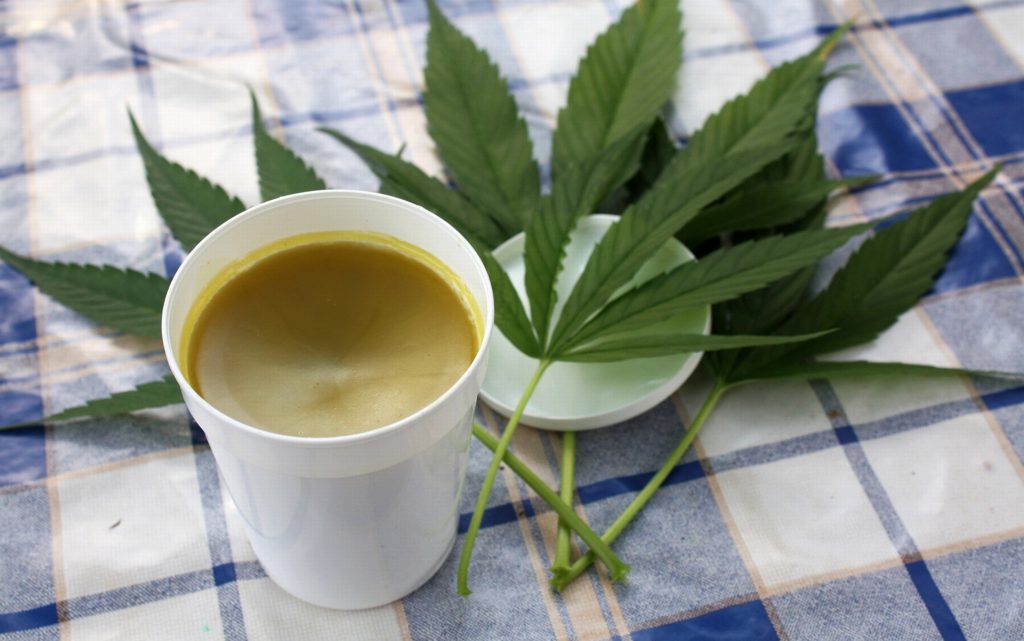 It’s no surprise that cannabis may possess skin-healing benefits. All the elements are there. Cannabis is a known anti-inflammatory, with antioxidant and anti-aging properties. In addition, hemp seed oil contains omega-3 and omega-6 fatty acids, which provide moisture and protection from sun damage.
The endocannabinoid system consists of many cannabinoid receptors, and a large portion of these are found in the skin. Molecules in cannabis such as THC and CBD interact with this system to create the aforementioned positive effects.
Of course, when it comes to skin care, topicals are key. Smoke, no matter the substance, is never favorable to skin. In fact, if skin care is on the forefront of one’s mind, it may be wise to forego smoking altogether in exchange for vaporizing or edibles. For targeted healing, there is a range of topical products to consider trying. Hemp oil and cannabis-derived CBD oil, for example, are gaining popularity as skin remedies. 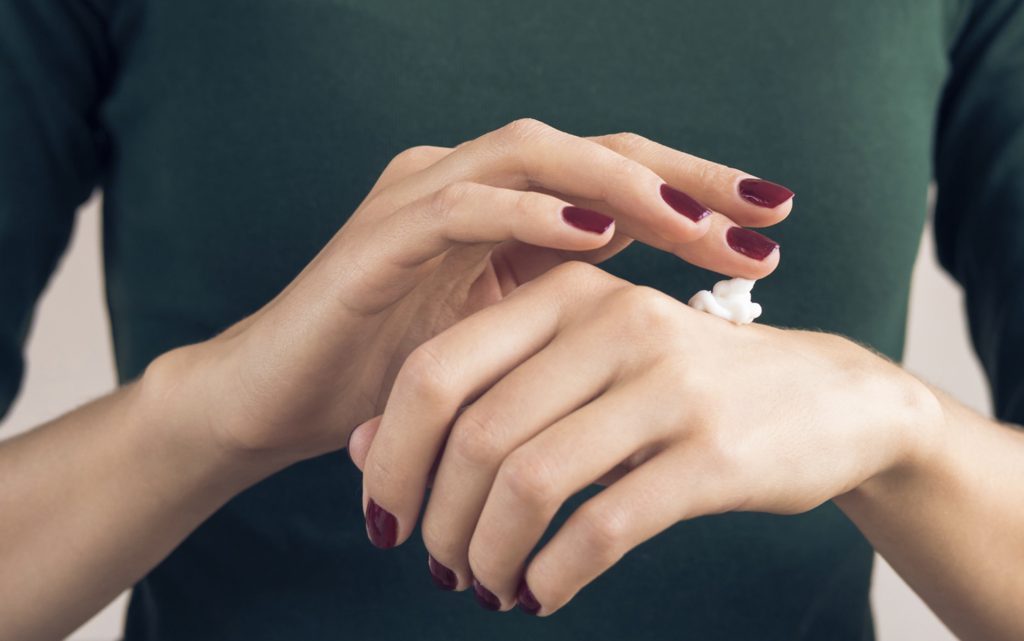 Study after study shows the potential for cannabis revolutionizing the skin care world, and yet the topic remains rather obscure. Still, one need not look far to hear the stories of those who have been successful using cannabis for all types of skin ailments. One such story comes from Casey Scalf.
In 2015, Scalf developed a case of contact dermatitis on his face in reaction to tea tree oil. The rash persisted for two weeks before he sought out a dermatologist, who prescribed a steroid and anti-fungal cream. While the treatment brought relief initially, over the weeks the rash proved persistent and returned worse than ever.
Scalf returned to the dermatologist, who this time prescribed an antiseborrheic cream. It was at this point that he was also advised to halt his previous steroid and anti-fungal creams as continuation could cause scarring. Alarmed at this news, Scalf decided to research the new prescription he had been given, only to find it would not cure, only suppress his symptoms.
He concluded that it was time to do his own research, and as a result he decided to give CBD oil a try. Scalf acquired an activated, pure CBD oil, and proceeded to mix it on a 1:1 ratio with organic coconut oil. After a hot shower to open the pores, he applied the mixture gently until it began to absorb. Scalf did note that his mixture can cause burning or irritation to the eyes. Since the rash was on his face, he had to be careful to avoid his eyes.
Scalf continued this treatment for a week, making sure to diligently document the progress through . By day seven, he reports that his dermatitis was completely gone.
Nine months after his experiment, Scalf published his findings in September 2015. Now, nearly a year later, he provided an update on his skin condition.
“Since that seventh day it’s been clear skies ever since. I’ve had no remission or relapse; it hasn’t come back.” Scalf said. He marveled at the realization that it’s been over a year since the debacle ended. Unlike the prescription creams he used, which merely treated the symptoms, he said the CBD method was “pretty clear-cut.”
While Scalf thinks his recipe could be tried for other conditions, such as warts or acne, so far he hasn’t heard of anyone else giving his formula a go, so for now it remains speculation. That being said, with the abundance of studies already available on the subject, it’s not farfetched to envision all the benefits of cannabis and hemp seed oil for skin. 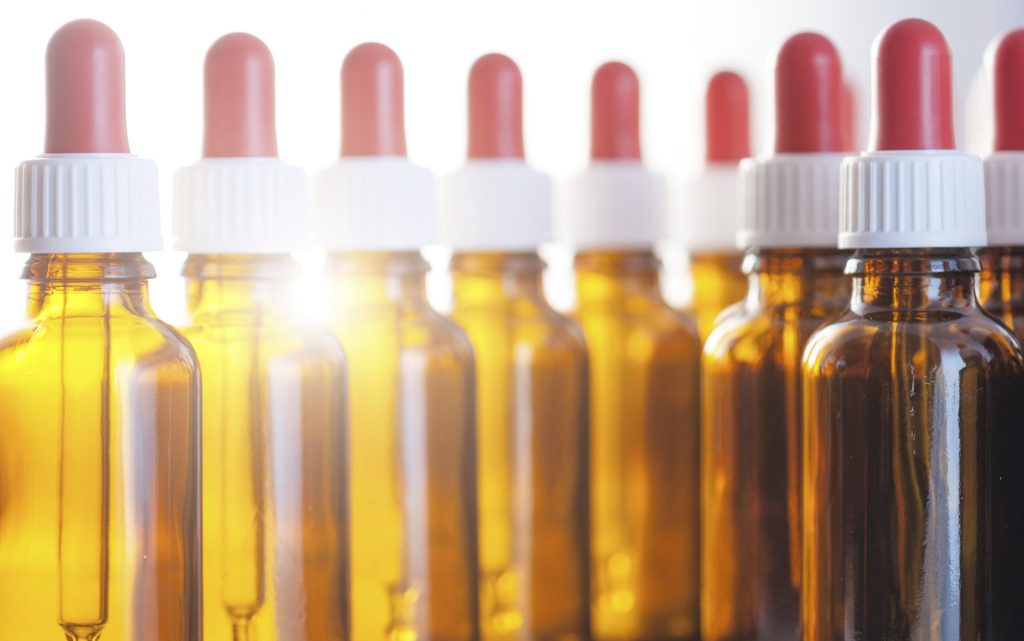 Scalf’s case exemplifies the potential CBD has in curing contact dermatitis, but other examples abound. Studies have shown potential benefits of cannabinoids in the treatment of psoriasis, due to its anti-inflammatory properties. Other accounts tote success using cannabis as a treatment for everything from acne to eczema.
When one considers how prevalent skin conditions are, it becomes clear that a safe, effective treatment is not only necessary but will be largely embraced by a huge subset of the population. The American Academy of Dermatologyreports that 50 million Americans are affected by acne annually. Although the majority of sufferers are under the age of 24, approximately 15% of those afflicted are adults. Additionally, reported costs of treating acne are said to collectively exceed $3 billion.
And that’s just acne alone. Combine those statistics with the approximately 7.5 million U.S. citizens who have psoriasis, 28 million who have (specifically) atopic dermatitis, and the billion dollar anti-aging market, and a very clear picture is painted. Skin care remedies are a deeply sought after and much-needed treatment.
It says a lot that the market is so over-saturated with variations of creams, pills and washes, both prescription and non-prescription alike. Some will find relief in variations of these products. For others, the search for relief seems endless. In truth, there has been no single guaranteed solution, no matter what the flashy commercials may have one believe.
However, as studies on the effects of cannabis skin care continue to emerge, and the understanding of the endocannabinoid system and its receptors improves, a new, unprecedented skin care market may well begin to develop. Although it will surely include a range of products like its predecessor, with mixed creams and balms containing all manner of oils in conjunction with cannabis, the beauty of cannabis skin care is that when all is said and done, the main ingredient, whether it be CBD, THC, or a combination thereof, will be readily available to make as luxurious or as simple of a treatment as desired.

Planting the Seed: The Complete History of the Jungle Boys